Reception for Athletes to the 2020 Tokyo Olympics 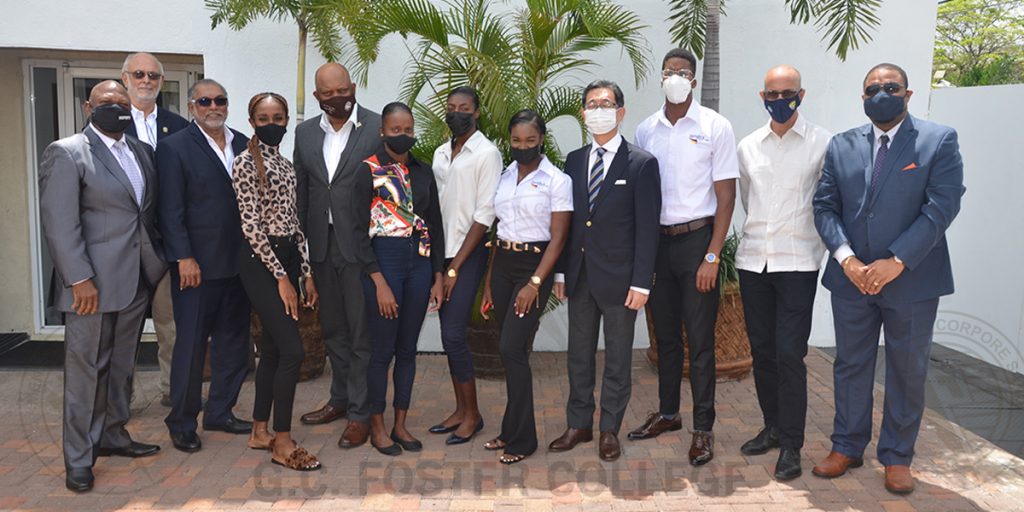 The athletes from the Sprintec Track Club and The G.C. Foster College who will be competing at the 2021 Tokyo Olympic games were honoured at a reception organized by the college held at the Spanish Court Hotel on Monday, July 12, 2021.

Members of the sporting fraternity along with a number of board members were in attendance. Ambassador of Japan, His Excellency Masaya Fujiwara was also in attendance. In his address, he commended the athletes and the coaching staff for their great work.

Mr. Vishwanauth Tolan, Board Chairman of the College conveyed his appreciation for the hard work of the athletes, coaches, and support personnel. Principal/Head Coach of the College Mr. Maurice Wilson, who is also the Technical Director of the National team also expressed his feelings of pride in the athletes’ performances and wished them all the best during the Olympic Games.

The 8 Honorees were Ms. Remona Burchell, Ms. Tovea Jenkins, Ms. Yanique Thompson, Ms. Ronda Whyte, Mr. Rasheed Dwyer and Demish Gaye, who will all represent Jamaica. Dennick Luke, who is a student at GC Foster College will represent Dominica and Brendon Rodney, who trains at Sprintec will represent Canada at the Olympic games.